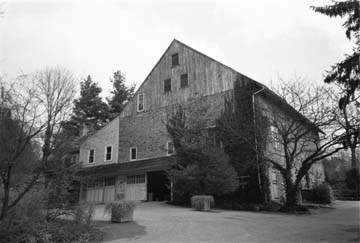 Barn on Property (Courtesy of the Lower Merion Township) [12]

Between 1877 and 1893 a sixty-eight acre farm sat less than a quarter of a mile east of Dove Lake and approximately two miles west of the Schuylkill River. The property was located between Merion Road (now Merion Square Road) on its eastern side and just across Old Gulf Road (currently Williamson Road) on its western side. A portion of the property extended to Black Rock Road on its northern end and bordered a neighboring farm to the southeast. A small stream branching from Mill Creek flowed through the property.[1] “Black Rock Farm” was co-owned by two brothers and farmers: Joseph and James Butler.[2]

Dr. Dixon did not move to Lower Merion immediately after purchasing Black Rock Farm. He and his family remained in Philadelphia and chose to have a brand new home erected at the corner of Black Rock and Old Gulf Roads.[4]  As a prominent member of Philadelphia society, the plans for Dr. Dixon’s new home in Lower Merion made news. The Philadelphia Inquirer reported a detailed layout regarding the architecture of the new dwelling. The square, three-story stone and brick masonry house, built between 1900 and 1908, faced south-westerly. A porch wrapped around the home on the north, south and west sides. The home was set back from the road at the crown of a long semicircular driveway. An extension of the driveway veered off past an enormous tennis court and eventually weaved its way quite a distance behind the house ending at the three car garage.[5]

The first floor of the home consisted of an entrance hall, living room, main dining room, library, pantry, kitchen and the servants’ dining room. The second floor had five bedrooms, one bathroom, a sewing room and a store room. An additional four bedrooms, a bathroom and a billiard room were built on the third floor.[6] Windows with screens were installed in each room, including the bathroom, for the benefit of fresh air and sunshine.[7]

Although Dr. Dixon was a physician, he kept the property partially as a farm. The original house and barns, which sat close to Youngs-Ford Road, were renovated into new stables, barns, and a carriage house.[8] His stables housed 18 named cows and one bull.[9] The barn held bales of hay, wheat and alfalfa for future use.[10] 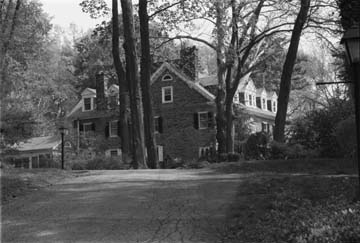 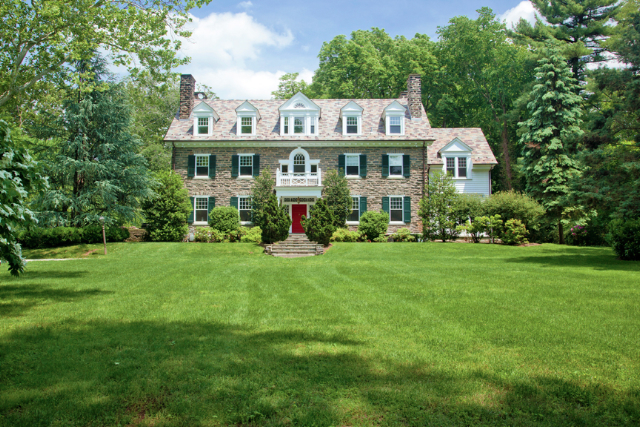